Not all mosquitoes are created equal—although it’s easy to think so while swatting them away during a summer barbeque. 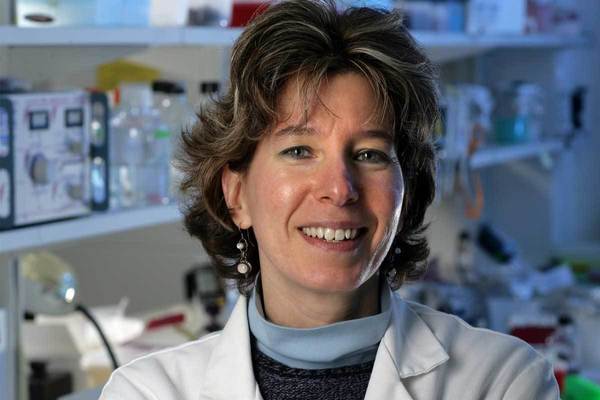 But in fact, there is a wide range of mosquito species all over the world. Some may seem like mere annoyances, while others are major disease vectors, such as the Aedes aegypti mosquito, which spreads the Zika virus; the Culex pipiens, which transfers West Nile virus; and the Anopheles genus of mosquito, which transmits malaria.

Yet only certain species of Anopheles mosquitoes can pass along malaria—and even then, only females. (They feed on blood, which provides the ingredients they need to develop their eggs.) And of the female Anopheles that do spread malaria, it’s primarily a handful of African species that excel at it.

What makes them so ideal? And by understanding what makes this small group of Anopheles such a strong malaria vector, can we prevent the spread of the disease?

Nora J. Besansky, the O’Hara Professor and Associate Chair in the Department of Biological Sciences, who is also affiliated with the University of Notre Dame Eck Institute for Global Health, believes in that possibility. She studies the evolutionary, ecological and functional genomics of malaria vectors.

Besansky is one of the authors of  “Systems genetic analysis of inversion polymorphisms in the malaria mosquito Anopheles gambiae,” published in July in the Proceedings of the National Academy of Sciences. Besanksy and her co-authors at Notre Dame and Indiana University explored chromosomal inversions—a crucial way Anopheles mosquitoes are adapting as vectors for malaria transmission.

Chromosomal inversions are everywhere in the chain of life, Besansky explains. Often, they are created from random breakage within a chromosome: Certain regions are more prone to break than others.

“Picture a chromosome like a piece of spaghetti,” she says. “Then make two cuts in the middle of it. You now have three pieces: a middle and two ends. Imagine the middle piece flips around 180 degrees, and gets reattached. The only difference between the original and the new piece is the order of genes.”

These inversions were originally discovered in the Drosophila genus of fruit flies, Besansky says, but now that we’ve developed genome sequencing—the ability to figure out the order of DNA along chromosomes—we can see inversions everywhere.

Like any genetic mutation, an inversion is random. Occasionally it confers benefits, which may get passed along to future generations. This may explain how any species can acclimate to heterogeneous and changing environments.

All African Anopheles mosquitoes have an easy time during the rainy season or under humid conditions. But the few species that excel at spreading malaria happen to be the most widespread geographically, and populations of these mosquitoes that occupy the hottest and driest regions of Africa are also the ones that contain many chromosomal inversions. Besansky suspects that these species may be using chromosomal inversions to adapt to harsh, arid conditions—and in the process, become better malaria vectors.

For any small insect, intense heat and low humidity can be lethal, and typically limit the range in which they can live. In Africa, the normal climate goes from dry season to rainy season. The heat during the dry season is at the upper limit this mosquito can tolerate, according to Besansky.

“However, if these inversions have captured beneficial genes that, for example, function to waterproof the mosquito so it doesn’t dry out, or allow it to deal with the heat, they may help malaria vectors thrive under harsh environmental conditions other Anopheles mosquitoes cannot cope with,” she says. “If we can figure out the Achilles heel and interfere with their solution, that would be a potent way to combat malaria vectors and reduce disease transmission.”

Besansky is quick to clarify this type of research is in its early stages, and is “hypothesis-generating” as opposed to “hypothesis-testing.”

Out-engineering nature’s engineering is a tough task, but Besansky finds it an interesting challenge. “It’s a technological hurdle to figure these things out,” she says. “But it’s motivating.”

The research was supported by grants from the National Institutes of Health.

Originally published by Carin Moonin at science.nd.edu on August 30, 2018.