Beta-lactam antibiotics, including penicillin, are one of the most widely used class of antibiotics in the world. Though they’ve been in use since the 1940s, scientists still don’t fully understand what happens when this class of drugs encounters bacteria.

Now, researchers at the University of Notre Dame have elucidated how an enzyme helps bacteria rebound from damage inflicted by antibiotics not strong enough to immediately kill the bacteria on contact.

According to the study published April 9, 2018 in the Proceedings of the National Academy of Sciences, an enzyme in the bacterium Pseudomonas aeruginosa rapidly attempts to repair cell wall damage from certain antibiotics, if those antibiotics aren’t potent enough to immediately kill the bacteria. The repaired cell wall allows the bacterium to survive, and the infection to proceed unabated. 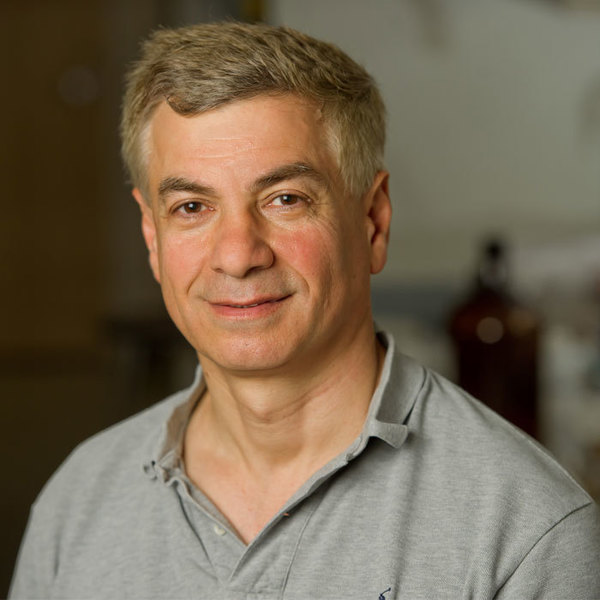 “It’s a survival strategy,” said by Shahriar Mobashery, the Navari Family Professor in Life Sciences at the University of Notre Dame and the lead of the study. “The cell wall is the structural entity that encases the entire bacterium and its health is critical for the survival of the bacteria. If you have a drug that inflicts damage to the cell wall, the bacterium cannot cope with it, and it dies.”

P. aeruginosa is one of the “nightmare bacteria” highlighted in a recent report from the Centers for Disease Control and Prevention. The report stated that lab tests had found “unusual resistance more than 200 times in 2017 in ‘nightmare bacteria’ alone.”

Mobashery collaborated with colleagues in the laboratory of Juan Hermoso of the Spanish Research Council in Madrid, Spain. Mobashery is also affiliated with Notre Dame’s Advanced Diagnostics and Therapeutics, the Warren Family Research Center for Drug Discovery and Development, and the Eck Institute for Global Health.

Cell walls are polymers made of many building blocks. In the bacterium P. aerunginosa, the wall is made of adjacent, long units that are linked together, or crosslinked. Mobashery’s group studied how beta-lactam antibiotics prevent the crosslinking by inhibiting penicillin-binding proteins in the bacteria. Even though the crosslinks are not formed in the presence of the antibiotic, the long chains of polymers remain. These long chains of non-crosslinked polymers signal that the cell wall is damaged.

The enzyme Mobashery and his collaborators studied, the lytic transglycosylase Slt, recognizes the damage and quickly chops down the long chains, allowing the bacteria to fix the damage. Eventually the polymers in the cell wall are re-crosslinked. “It’s sort of like if you’re driving home tonight and get into a fender-bender, and by the time you get home, the car is already repaired,” Mobashery said.

To reach their results, Mobashery’s lab synthesized pieces of the cell wall, which they studied with Slt to determine how bacterial enzymes degrade it. They also sent purified Slt and cell-wall samples to collaborators at the Spanish Research Council. Researchers there grew the crystals and determined their structure in the presence of the cell-wall samples. The enzyme processes the cell wall by two types of reactions called the endolytic and exolytic reactions. This study sheds light on how these reactions take place en route to the repair process.

The National Institutes of Health and the Spanish Ministry of Economy and Competitiveness funded the study.

Originally published by Deanna Csomo McCool at science.nd.edu on April 09, 2018.