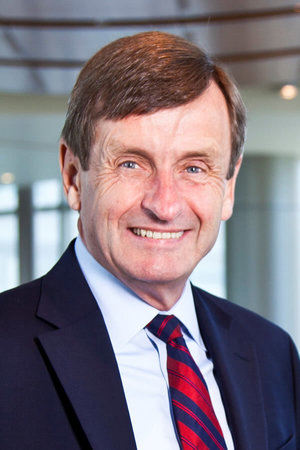 All are invited to attend.

Jim Curran joined the Rollins School of Public Health as Dean and Professor of Epidemiology in 1995 following twenty-five years of leadership at the Centers for Disease Control and Prevention. He is Co-Director of the Emory Center for AIDS Research and holds faculty appointments in the Emory School of Medicine and the Nell Hodgson Woodruff School of Nursing.

In 1981, Jim Curran was tapped to lead a CDC task force charged with determining what was behind the first cases of what we now know as AIDS.  A pioneer in HIV/AIDS prevention, Dr. Curran led the nation’s efforts in the battle against HIV/AIDS for 15 years before joining Emory as Dean.  While at the CDC, he attained the rank of the assistant surgeon general.

After graduating from the University of Notre Dame, Jim received his MD from the University of Michigan and a master of public health from Harvard University. Dr. Curran is a fellow of the American Epidemiologic Society, the American College of Preventive Medicine, and the Infectious Diseases Society of America.  Author or co-author of more than 270 scholarly publications, he was elected to the Institute of Medicine of the National Academy of Sciences in 1993. He was given the Surgeon General’s Medal of Excellence in 1996 and received the John Snow Award from the American Public Health Association in 2003.

In 2015 Curran was elected to the American Academy of Arts and Sciences and is immediate past chair of the board on Population Health and Public Health Practice of the Institute of Medicine and serves on the Executive Committee of the Association of Schools and Programs of Public Health. In 2009, the Rollins School of Public Health Dean’s position was named the James W. Curran Dean of Public Health in his honor.