Large datasets are being generated that can transform biology and medicine. New machine learning methods are necessary to unlock these data and open doors for scientific discoveries. In this talk, I will argue that, in order to advance science, machine learning models should not be trained in the context of one particular dataset. Instead, we should be developing methods that can integrate rich, heterogeneous data and knowledge into multimodal networks, enhance these networks to reduce biases and uncertainty, and learn over the networks.

My talk will focus on two key aspects of this goal: deep learning and network science for multimodal networks. I will first show how we can move beyond prevailing deep learning methods, which treat network features as simple variables and ignore interactions between entities. Further, I will present an algorithm that learns deep models by embedding multimodal networks into compact embedding spaces whose geometry is optimized to reflect the interactions, the essence of multimodal networks. These deep models set sights on new frontiers, including the prediction of protein functions in specific human tissues, modeling of drug combinations, and repurposing of old drugs for new diseases. Beyond such predictive ability, a hallmark of science is to achieve a holistic understanding of the world. I will discuss how we can blend network algorithms with rigorous statistics to harness biomedical networks at the scale of billions of interactions. These methods revealed, among others, how Darwinian evolution changes molecular networks, providing evidence for a longstanding hypothesis in biology. In all studies, I collaborated closely with experimental biologists and clinical scientists to give insights and validate predictions made by our methods. I will conclude with future directions for contextual models of rich interaction data which open up new avenues for science. 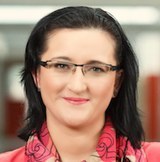 Marinka Zitnik (http://stanford.edu/~marinka/) is a postdoc in Computer Science at Stanford University. Her research investigates machine learning for biomedical sciences, focusing on new methods for large networks of interactions between biomedical entities. Her methods have had a tangible real-world impact in biology, genomics, and medicine, and are used by major biomedical institutions, including Baylor College of Medicine, Karolinska Institute, Stanford Medical School, and Massachusetts General Hospital. She has multiple first-author papers in the top scientific journals (PNAS, Nature Communications) as well as in the top machine learning and computational biology venues (JMLR, NIPS, IEEE TPAMI, KDD, Bioinformatics, ISMB, RECOMB). She received her Ph.D. in Computer Science from University of Ljubljana while also researching at Imperial College London, University of Toronto, Baylor College of Medicine, and Stanford University. Her work received several best paper, poster, and research awards from the International Society for Computational Biology. She was selected a Google Anita Borg Scholar, Young Fellow at Heidelberg Laureate Forum, and received Jozef Stefan Golden Emblem Prize. In 2018, she was named a Rising Star in EECS by MIT and also a Next Generation in Biomedicine by The Broad Institute of Harvard and MIT, being the only young scientist who received such recognition in both EECS and Biomedicine. She is also a member of the Chan Zuckerberg Biohub at Stanford.

Originally posted in Seminars at cse.nd.edu