Cilia are tiny, hair-like appendages that stick out from each of your cells. They can either move to propel fluid or remain stationary, acting as antennae to receive information from their environment. Most cells have just one cilium, but some are multiciliated cells (MCCs), which means they have multiple cilia.

Normally, MCCs are located in just a few places in your body. For example, in your airways: They help move mucus through and keep your breathing clear. They also transport cerebrospinal fluids through the brain and spinal cord, and pass a woman’s egg through her fallopian tubes every month. 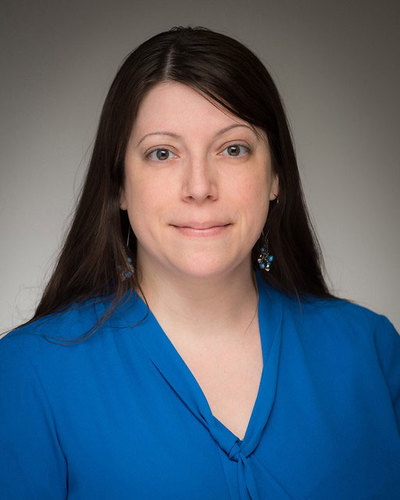 Rebecca Wingert, Elizabeth and Michael Gallagher Associate Professor in the Department of Biological Sciences at the University of Notre Dame, studies how MCCs develop, specifically in the kidneys. Recently her lab published two papers on research involving kidney cell development and ciliopathies, which are diseases of the cilium in which cilia do not function correctly. The papers were published in Proceedings of the National Academy of Sciences of the United States of America (PNAS) and Scientific Reports.

MCCs may have up to a dozen cilia protruding from each cell, and move in a whip-like fashion, though they are not typically located in our kidneys, Wingert says. But they have been found in people who have kidney diseases, including nephritis—inflammation of the kidneys—as well as lupus and hypercalcemia, in which the calcium level of the blood is too high.

“Right now scientists and physicians don’t understand why MCCs show up in the kidneys,” Wingert says. “Because MCCs have so many of these hair-like projections that can move fluid, speculation is that they are showing up to help restore some function to the kidney. If they are helpful, that could help other [medical] conditions, too—if we knew how to stimulate their growth.”

The papers are the doctoral work of Wingert lab student Amanda Marra, who recently won Notre Dame’s prestigious Shaheen Award, which recognizes one outstanding graduate student from each of the four divisions of the Graduate School: Humanities, Social Sciences, Science, and Engineering. For both papers, Amanda collaborated with a team of fellow Notre Dame graduate and undergraduate students to design, conduct, and analyze the experiments. Collaborations with Wingert lab graduate students Basma Adeeb and Christina Cheng, who were second authors on the studies, were especially vital to these projects.

Humans do have MCCs in the kidneys as embryos, but lose them as we develop further. But zebrafish, which the Wingert lab uses in her studies, have MCCs in their kidneys, even in adult form. These translucent fish, about three centimeters long in their full-grown state, serve as a model to study kidney development in humans.

“We want to understand, exactly, the formula to make every single cell type—and why you need a certain balance of them for the kidney to function correctly,” Wingert explains. “The zebrafish may mirror how people make MCCs.”

So, how are MCCs made? Wingert says the data support a model in which there is a renal progenitor or precursor cell, which can then become one of two options: an MCC cell with multiple cilia, or a transporter cell with a single cilia. What may influence the decision is something called a prostaglandin signaling pathway. If a cell doesn’t get that particular instruction, it won’t turn into an MCC.

Prostaglandins are lipid chemical compounds found in the tissues of animals and plants. They can bind to the surface of a cell and affect how different genes are expressed. This determines that cell’s function. Prostaglandins are also important during development, when the body is forming hematopoietic cells—also known as blood stem cells—and the endoderm, which includes what will eventually become the digestive tract and organs such as the liver and pancreas.

In models of human development such as the mouse, prostaglandins have been difficult to study because most are normally supplied through the maternal bloodstream. However, using zebrafish, which develop outside the mother, makes it easier for researchers to discover how the loss or addition of these signaling molecules affects the formation of MCCs.

One way researchers can test how different drugs affect the development of various cell types is by using chemical screens. In the case of zebrafish, about 5-10 embryos are placed in a small well, with a tiny amount of a particular chemical or drug added to the water. The fish then absorb the chemical or drug as they develop. Researchers study those fish to learn if MCCs are formed, the type that form, or where they form.

Controlling prostaglandin signaling, learning more about how cilia are made, and managing that process could benefit people who suffer from other ciliopathies—conditions such as polycystic kidney disease, in which fluid-filled cysts form within the kidneys.

“This research has shown we have a signaling pathway to make MCCs. But we also think this pathway is important in building the actual cilia. Our question is if this role of prostaglandin signaling will help build cilia in other areas of the body,” Wingert says.

Originally published by Carin Moonin at science.nd.edu on July 16, 2019.